Let me start by saying that I’m not a big reader of historical fiction, and particularly not of non-Australian historical fiction, so to read a novel set in mediaeval times is quite a departure for me. However, I did want to read Robyn Cadwallader’s The anchoress for a number of reasons. Not only is Cadwallader an Australian writer living in the outskirts of my city, but we did meet a couple of years ago for a lovely lunch when she was in the throes of negotiating the publication of this book in three countries! And, besides this, the topic was so intriguing. I’m not a mediaevalist and had never heard of anchoresses and anchorholds before. It’s taken me sometime to get to it, but I finally have.

Now, one of the reasons I don’t jump to historical fiction is that I’ve tended to see it in terms of bodice-rippers and romances, and these don’t really interest me. But, The anchoress is not such a story. I don’t read back cover blurbs before I read books but towards the end of this book, as I was trying to guess where it might be going, I did look at the back, not because I wanted to know the end – because I didn’t – but because I was intrigued about how this book that was teasing me was marketed. The last sentence of the blurb is that the book is “both quietly heartbreaking and thrillingly unpredictable”. This reassured me that it wasn’t likely to go where a “genre” novel would probably go. Does that make sense? 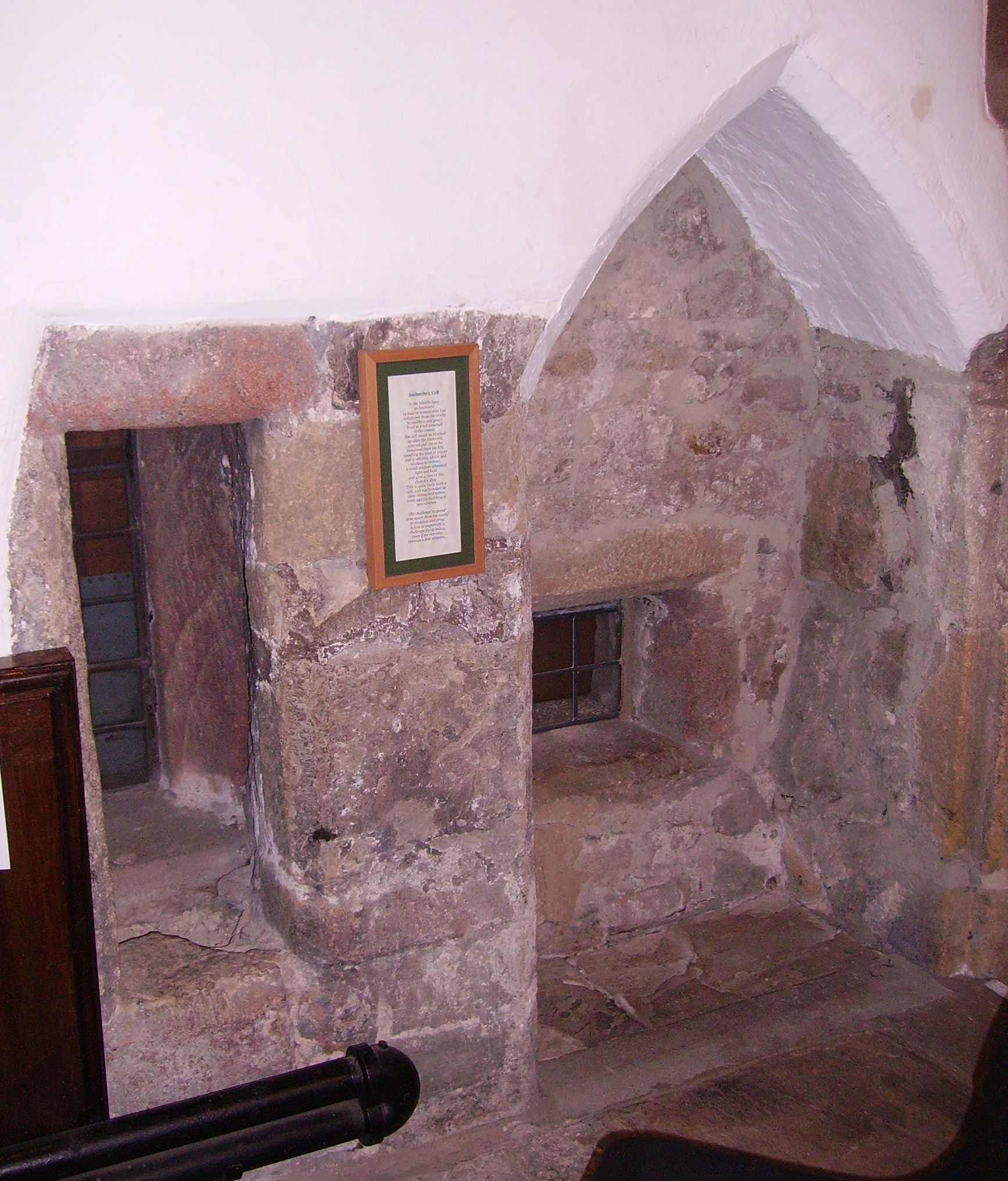 So, the plot. It tells the story of Sarah, a young 17-year-old girl who, after some traumatic experiences including the death of a loved sister in childbirth, asks to be enclosed as an anchoress. This means she agrees to spend the rest of her life in a small stone cell, essentially “dead to the world”, tended to by a maid through a window in the wall and visited by a priest who will provide guidance and take her confession. Her support is paid for by a patron, the local Lord. She is given a Rule book as her guide, and is expected to provide advice to village women. Sarah’s story is told first person but, interspersed with hers – in shorter third person chapters – is the story of young, inexperienced Father Ranaulf, her priest-advisor-confessor. And so the stage is set for – well, we don’t quite know what.

As the story progresses, all sorts of narrative possibilities present themselves. Will she stay (like Sister Agnes) or leave (like Sister Isabella)? How will her relationship with Father Ranaulf develop? And why did Sarah really decide on this rather extreme course for her life (because, of course, there is a reason)? These all have the potential for melodrama or cliche, but Cadwallader keeps it grounded. There is drama – a fire – but even it is downplayed in the service of Cadwallader’s bigger themes rather than generating page-turning excitement.

However, it’s not plot that draws me in my reading, but character, themes and language. And here the main characters are well-drawn. The story takes place over the period of a year or so. At the beginning Sarah is an idealistic young anchoress, keen to do it right. She takes seriously her decision with the uncompromising enthusiasm typical of a young person, and so is determined to be disciplined. She allows herself no pleasure, not even some tasty food donated by the villagers, despite advice that this level of self-denial is not expected, and moves into self-flagellation. Over the course of the novel she comes to a more realistic understanding of what being “holy” might mean, and of what she needs to survive her chosen role. Father Ranaulf is also young and inexperienced, which results, initially, in stiff, black-and-white responses to Sarah. Over time, he too comes to a more humane understanding of her and of his role as her advisor. I’m almost tempted to call it a mediaeval coming-of-age story as these two young people come to a maturer world view. Anyhow, it’s nicely and realistically done.

There are other characters of course – Sarah’s maids, villagers who visit Sarah, various priests, and Sarah’s patron and local Lord, the somewhat cliched Sir Thomas. These are less rounded but they enrich the picture Cadwallader paints of mediaeval life, and contribute to the story-line.

“Body without a body”

“True anchoresses”, Sarah reads in her Rule, “are like birds, for they leave the earth – that is, the love of all that is worldly – and … fly upwards towards heaven”. Birds are a recurring motif in the novel, starting with a symbolic bird, the jongleur whom Sarah calls Swallow. “An acrobat”, she says in the opening paragraph of the novel, “is not a bird, but it is the closest a person can come to being free in the air. The nearest to an angel’s gift of flying”. For Sarah, being enclosed was her way of emulating Swallow, of leaping into the air, of being a “body without a body”. She yearns to be free of her body, to leave the senses behind, but the more she tries to escape them, the more they make themselves known. Her challenge is to reconcile this dichotomy, this need to deny the senses while still very much having them, this being, theoretically, dead to the world, while very much alive.

Tied up with Sarah’s challenge is the wider story of mediaeval life and values. Cadwallader conveys life at the times, mostly through the people who visit Sarah. Life, we discover, if we didn’t already know it, is hard for women. We meet women who are abused and assaulted, and we realise that their rights are few in a society which sees women as “lustful and tempting”. Father Ranaulf tell Sarah that:

It is man who is mind and soul, woman who is body.

Wise Father Peter allows women some advance on this when he tells Father Ranaulf that holy women can develop manly souls and “almost become a man”! But it is Sarah who really confronts Renaulf, and forces him to a more empathetic understanding of her (and, by extension, of other women).

Life is also hard for the poor, as Cadwallader tells through the villagers’ lack of power in the face of the Lord’s control over the land they work. And life is a challenge too for church-men, who have to manage villagers and lords while earning money to survive. Father Ranaulf wants to make beautiful books but must “produce an income”, not to mention advise an intelligent young woman who won’t accept his platitudes and thoughtless “rules”!

So, The anchoress is an engaging story. It’s about a time long distant, thus satisfying our historical curiosity, and it’s about power in gender and class, that still resonates today. But, above all, it is about human beings, about how we read or misread each other, about how (or if) we rise to the hard challenges, and about whether or not we accept a duty of care to those who come into our lives. An enjoyable read.