If you’ve read my last post on the Griffyn Ensemble, you’ll know it is National Science Week here in Australia (13-21 August). Last year I wrote two Monday Musings for the week, one on novels featuring scientists, and the other on non-fiction science books. This year I thought I would write a little about science writing in general. Remember, though, this is not my area of expertise, so it will be a serendipitous post of bits and pieces.

Stephen Sarre, the scientist who inspired the Griffyn Ensemble’s concert, said about it

What I like about what Michael [Sollis] is doing is that he’s mixing science with art. He’s converting a scientific finding into a performance. It’s so important that scientists try to spread knowledge and merging science and art is wonderful.

Scientists in other words are keen to get their work known – and it is important. Not only does public interest, belief and support help them obtain funding, but we are of course the beneficiaries of their work. It’s useful for us to know, understand and be able to engage intelligently in what they are doing. Climate change, cancer cures, new light but strong building materials, and so on, all impact our lives.

So, who is out there communicating science to us? Science journalists, for a start, but here in Australia we have a non-profit group called Australian Science Communicators (ASC). It was established in 1994 and its members include “scientists, teachers, journalists, writers, entertainers, students and other communicators who engage Australians (and people overseas) with science, technology and innovation”. A wide church in other words.

In this group, somewhere, are, yes, bloggers, and ASC’s website lists Australian science blogs. There are over 50 of them covering various interests such as “general science”, “climate science”, and “ecology”. I haven’t heard of ONE of them so I dipped in:

Three’s enough to give you a flavour. You can click on the link above if you’d like to explore what looks like a pretty vibrant community. Some of the blogs are by “professional” scientists and some by enthusiasts, some aren’t recently active, but many are. 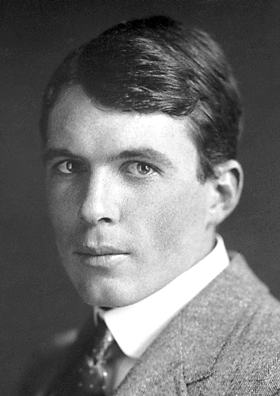 I also discovered in my research that there is a National Science Prize, named the Bragg UNSW Press Prize in honour of Australia’s first Nobel Laureates, physicists William Henry Bragg and his son, William Lawrence Bragg. The prize is for short pieces, up to 7000 words, of “non-fiction written for a non-specialist audience by a single author” and published in the previous year. Entries can include extracts from longer published works, including books but not from academic theses or conference papers. The winners are included in the university’s annual Best science writing anthology. The 2015 edition is my next reading group book so you’ll be hearing more on this one.

Previous winners of the prize include science journalist Christine Keneally, who won the 2015 Stella Prize with her book The invisible history of the human race; award-winning free-lance journalist Jo Chandler; and astronomer Fred Watson, about whom I have written before due to his involvement in Griffyn Ensemble concerts.

This isn’t the only science writing prize. There is also the Eureka Prize for Science Journalism which is sponsored by the Australian government and is “awarded to an Australian journalist or journalist team whose work is assessed as having most effectively communicated scientific or technological issues to the public”. It is part of a larger swag of science awards in different areas of science, and the list of winners and finalists names individuals or groups rather than specific journalistic works. For example, in 2014, the winner of the Australian Government Eureka Prize for Science Journalism was Sonya Pemberton of Genepool Productions, a television/documentarty production company. Their program Jabbed: Love, fear and vaccines apparently broke SBS records in 2013.

What a fabulous job it is to write about science. We get to gatecrash laboratories, hospitals, field sites, boardrooms, workshops, expeditions and zoos; peering over shoulders, pointing at complex bits of science and asking, ‘so, what does that do?’

She is active in the field of science writing and last year convened a panel which explored what she called “the knotty question of the intersection between science communication and science journalism”. Are they inclusive, or breeds apart? You can listen to the whole discussion at the link I’ve provided. As in other fields, social media is shaking up the field of science writing it seems. Nogrady’s view is that science communication (in its wider meaning) will continue but that the now-all-too-familiar challenge will be to sift the gold from the dross. I loved discovering another whole area of writing where passion is so evident.

I’ll conclude by returning to the University of New South Wales, home of the Bragg Prize and the annual science writing anthology. They say:

Good writing about science can be moving, funny, exhilarating or poetic, but it will always be honest and rigorous about the research that underlies it.

Have you read much science writing? If so, what have you read, and what has made it worthwhile (or not) for you?