In my post on the Jane Austen Festival Australia a couple of months ago, I summarised the various papers presented at their day-long symposium. One of the papers was by a Marcus Adamson and his topic was “The ever absolute Miss Austen”.

Adamson’s paper was a challenge to fully comprehend, partly because he referenced, in a short time, a wide range of philosophers and thinkers from the ancient Greeks on. It was impossible to keep up with the flow of ideas, arguments and connections. Fundamentally, though, he argued that Austen’s novels have a serious moral vision, that they present moral truths and certainties that are innately “known” to us. In other words, she asks, he says, the big Socratic question, “How should I live my life?” I agree with him that Austen’s novels do contain serious commentary about human behaviour, but moral truths and certainties? Moral absolutes? That I was less sure about. My local Jane Austen group decided to make it a meeting topic, so I thought I’d share (document) here my meeting preparation. Bear in mind, though, that I’m not a philosophy student so my ideas are very much of the lay variety.

Many have written about Austen’s moral philosophy, one of the first being her contemporary, the theologian Richard Whately (1787-1863) who described her as a Christian writer, but unobtrusively so. Certainly, none of her books explicitly promote Christianity – though in Mansfield Park, Edmund Bertram does talk about the role of a clergyman in guiding manners and morals. 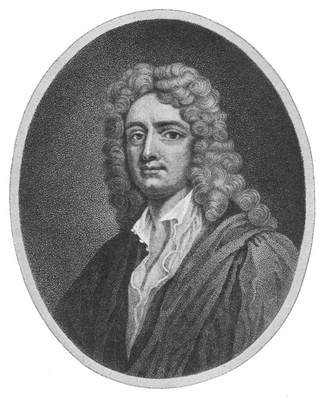 More commentators, in fact, describe Jane Austen as reflecting the philosophical views of Aristotle, and later thinkers like Shaftesbury, Hume and Adam Smith. Some go further to argue that her moral/ethical views are the opposite of the absolutist ideas of people like Calvin. To generalise very broadly, hers is seen as a value system that tries to marry self-interest (or prudence) with sympathy for or kindness to others (or amiability). A recent writer, Rodham, describes her moral philosophy as one of defining a good life in terms of becoming the kind of person who does the right thing at the right time for the right reasons. No wonder I like Jane Austen!

The idea of being flexible – Aristotelian, perhaps – rather than absolute, can be seen in Persuasion, where Anne Eliot wonders regarding Captain Wentworth:

whether it ever occurred to him now, to question the justness of his own previous opinion as to the universal felicity and advantage of firmness of character, and whether it might strike him, that, like all other qualities of the mind, it should have its proportions and limits. She thought it could scarcely escape him to feel that a persuadable temper might sometimes be as much in favour of happiness as a very resolute character.

It can also be seen in Northanger Abbey, where Henry Tilney tells Catherine Morland, upon realising her wild surmises:

Remember that we are English, that we are Christians. Consult your own understanding, your own sense of the probable, your own observation of what is passing around you … (Chapter 24)

And so, Catherine comes to recognise the complexity of the moral world versus simplicity/absolutes of the Gothic literature she loved to read:

Among the Alps and Pyrenees perhaps, there were no mixed characters. There, such as were not as spotless as an angel, might have the dispositions of a fiend. But in England it was not so; among the English, she believed, in their hearts and habits there was a general though unequal mixture of good and bad. Upon this conviction she would not be surprised if even in Henry and Eleanor Tilney some slight imperfection might hereafter appear… (Ch. 25)

(I’ll ignore the nationalistic aspect of these comments, for now. They are relevant to a different discussion!)

In Emma, we see many discussions about how to live, how to behave, how to treat people, between Mr Knightley and Emma. And so on through the novels …

The way Jane Austen writes conveys her moral world view, too – not only through authorial comment as omniscient narrator, but also in her language. She speaks frequently of the mind (not of the soul or spirit, for example): “inferior in talent and all the elegancies of mind” (Emma); “a thinking mind” (S&S); “one of those extraordinary bursts of mind” (Persuasion), and so on. Her characters tend to be multi-dimensional, and she describes them, writes Ryle, in terms of their “tempers, habits, dispositions, moods, inclinations, impulses, sentiments, feelings, affections, thoughts, reflections, opinions, principles, prejudices, imaginations and fancies”. These terms are, he writes, more Shaftesbury than those of black-white ethics.

Before I conclude, I must digress briefly. Knox-Shaw refers, during his discussion, to ‘Hume’s remarks on how an irrational and universal “propensity to believe” generates a momentum of its own …’. This brought me up short, and pointed me right at today’s politics, at how easy it is to accept what is said – the three-word slogans, etc – without analysis or thinking, which can result in decisions being made on the basis of unsubstantiated fears rather than true understanding of the issues.

Austen’s moral or ethical view seems, from my reading of her novels, to be complex, nuanced. We don’t see many absolutes, but we do see characters, particularly her protagonists, juggling awareness of others with self-preservation. She wants her characters to recognise context and the need for moral discrimination. In other words, I, and I think many of us, decided that Austen doesn’t present moral absolutes, or certainties, but that she is interested in how to live a decent (ethical) life.

Some of my sources: