I have delved before into Australian explorer’s journals when researching posts, but I must admit that I’ve never read one right through. However, I don’t think that prevents my sharing some of the things they have to offer …

Project Gutenberg Australia (PGA), which I’ve described before, is a rich resource of a wide variety of copyright-free works, including, not surprisingly, Australiana. And a special subset of this Australiana area is its Journals of Australian Land and Sea Explorers and Discoverers collection. This is, they say, “one of the most comprehensive collections [in e-book form] in the world of the journals of Australian explorers”. The earliest journal is from Abel Tasman in 1642, and the latest seems to be from David Carnegie who “led one of the last great expeditions in the exploration of Australia” at the end of the nineteenth century.

Most of you know that Australia was first settled (invaded, as indigenous people with valid reason call it) in 1788, but sightings and brief landings had been occurring for well over a century before that. PGA writes:

In March 1606 Willem Janszoon, on board the Duyfken, charted about 300 km of the west coast of Cape York Peninsula in Queensland. He is the first authenticated discoverer of Australia.

White discoverer, that is, as indigenous Australians had found it long before that. But, here’s the thing, all this European exploration really only touched the coast, so when the first settlers landed they knew nothing about the interior – and they wanted, needed, to find out what was here. Was it arable, was there water, and could we build tracks, telegraph lines etc through it? Did they also want to know, with any seriousness, “who” beyond the idea that there were “natives” who might help or hinder what they wanted to achieve?

I will probably write a few posts (not sequentially or chronologically) on these journals over time, but in this post I want to share some of explorer Edward John Eyre’s (1815-1901) comments on indigenous Australians. (For an overview of his expeditions, you can check out his entry in the Australian dictionary of biography.)

The invasion of those ancient rights … 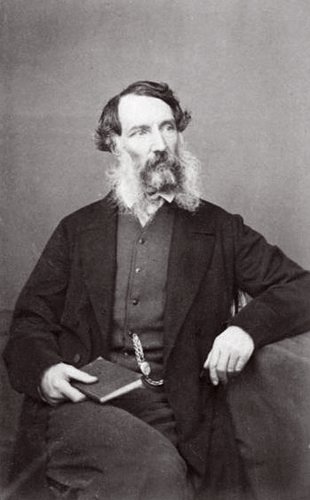 I was inspired to write this post when I was looking at Eyre’s journal for last week’s Lake Eyre post, and noticed references to “natives” in the chapter summaries, such as “Plundered by the natives” for Chapter 8. The journal was published in 2 volumes in 1845, with the second volume comprising “an account of the manners and customs of the Aborigines and the state of their relations with Europeans”. This was partly based on his experience, from 1841 to 1844, as a resident magistrate and protector of Aborigines, at Moorundie, on the Murray River.

He summarises his views regarding indigenous people in the preface which he addresses to Lieut.-Colonel George Gawler “under whose auspices, as Governor of South Australia, the expeditions… were undertaken”:

For the account given of the Aborigines the author deems it unnecessary to offer any apology; a long experience among them, and an intimate knowledge of their character, habits, and position with regard to Europeans, have induced in him a deep interest on behalf of a people, who are fast fading away before the progress of a civilization, which ought only to have added to their improvement and prosperity. Gladly would the author wish to see attention awakened on their behalf, and an effort at least made to stay the torrent which is overwhelming them.

It is most lamentable to think that the progress and prosperity of one race should conduce to the downfall and decay of another (my emph); it is still more so to observe the apathy and indifference with which this result is contemplated by mankind in general, and which either leads to no investigation being made as to the cause of this desolating influence, or if it is, terminates, to use the language of the Count Strzelecki, “in the inquiry, like an inquest of the one race upon the corpse of the other, ending for the most part with the verdict of ‘died by the visitation of God.'”

He supports his views and experience, he says, with “the testimony of others … those who are, or who have been resident in the Colonies, and who might therefore be supposed from a practical acquaintance with the subject, to be most competent to arrive at just conclusions”. He believes that “the interests of two classes”, that is, the “Settlers”, and the “Aborigines”, need to be provided for, and argues that

it is thought that these interests cannot with advantage be separated, and it is hoped that it may be found practicable to blend them together.

That sounds not only humane but pretty enlightened to me. He proposes “blending” interests which seems a long way from later ideas of “assimilation”, though I don’t know exactly what he means by “blending”.

Concluding his own experience, he writes, that:

During the whole of the three years I was Resident at Moorundie, not a single case of serious injury or aggression ever took place on the part of the natives against the Europeans; and a district, once considered the wildest and most dangerous, was, when I left it in November 1844, looked upon as one of the most peaceable and orderly in the province.

Then we get to Volume 2 where he writes that the “character of the Australian native has been so constantly misrepresented and traduced, that by the world at large he is looked upon as the lowest and most degraded of the human species”. He supports his opposing view to this with Lord Stanley’s statement that the “fault [re different experiences] lies with the colonists rather than with the natives”. A little later he quotes a Mr. Threlkeld, who, in a speech to the Auxiliary Aborigines’ Protection Society in New South Wales, stated that “the whites were generally the aggressors”.

He continues in this vein throughout, picking up arguments that are negative to indigenous people and beating them down. Here is another quote he includes to support his view, this one from Gawler, himself, responding to a man “who objected to sections of land being appropriated for the natives, before the public were allowed to select”:

The invasion of those ancient rights (of the natives) by survey and land appropriations of any kind, is justifiable only on the ground, that we should at the same time reserve for the natives an AMPLE SUFFICIENCY for THEIR PRESENT and future use and comfort, under the new style of things into which they are thrown; a state in which we hope they will be led to live in greater comfort, on a small space, than they enjoyed before it occurred, on their extensive original possessions.

Not perfect, and paternalistic, but some recognition at least of entitlement! These quotes – or testimonies of others – are included as “notes” and all are cited as to who said them and where.

This is getting long, but I do want to share his thoughtful comment on the application of law:

In addition to the many other inconsistencies in our conduct towards the Aborigines, not the least extraordinary is that of placing them, on the plea of protection, under the influence of our laws, and of making them British subjects. Strange anomaly, which by the former makes amenable to penalties they are ignorant of, for crimes which they do not consider as such, or which they may even have been driven to commit by our own injustice …

These are all from Volume 2, Chapter 1. In the succeeding chapters, he documents the “appearance, habits, mode of life, means of subsistance [sic], social relations, government, ceremonies, superstitions, numbers, languages, etc” of indigenous Australians, noting the impact of Europeans on them. Records like these must surely be useful to indigenous people looking for lost histories not to mention proof of attachment to land.

As for Eyre, after leaving Australia, he had various roles in the colonies, including governor-in-chief of Jamaica where things went rather pear-shaped when he declared martial law in response to a rebellion. He was criticised, back in England, for his harshness back in England, with a Royal Commission, writes ADB historian Geoffrey Dutton, finding “that Eyre had acted with commendable promptitude but unnecessary rigour”. Dutton suggests mitigating circumstances but concludes that “the poignant contrast remains between the … humane protector of the Aboriginals in Australia, and ‘the monster of Jamaica’.”