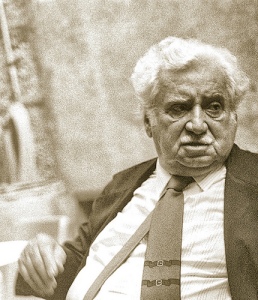 How could you resist reading a book with a title like this? I don’t manage to read all the books scheduled for the various bookgroups I belong to, but when this one came up I decided it was a must – because it was by a non-Anglo writer and one I hadn’t read before, and because of its gorgeously evocative title. I wasn’t disappointed. This is fun and rather easy to read, but that doesn’t mean it’s simple.

Jorge Amado is a Brazilian writer, and Gabriela, clove and cinnamon (1958) is set in Ilhéus, a coastal city where he spent his childhood. The novel takes place in 1925 – during a time of great social change:

New streets had been opened, automobiles brought in, mansions built, roads constructed, newspapers published, clubs organised – Ilhéus was transformed. But the ways men think and feel evolve more slowly. Thus it has always been in every society. (p. 2)

The basic plot concerns Nacib (the Arab) and his love for Gabriela (the simple, but sensuous, mulatto girl he hires as his cook). But the book’s subject matter is far wider, dealing with politics and society at a time when “old ways” were being challenged by “new ways”. The “old ways” are typified by macho violence, by the notion, really, that “might is right”. Violence is used by the old leaders (mostly the “colonels”) to attain and maintain political power – and to maintain possession of women. It was accepted practice, for example, for a man to kill an adulterous wife and her lover. In fact, the novel starts with such a murder and then a little later we hear of another man being reviled for not doing so, even though his way of handling it had a delicious come-uppance about it. Ilhéus is, we are told, changing but not yet civilised; it still clings to its old and violent customs; it is

so feudal still despite its much publicised and undeniable progress.

While men hold the power, the novel is structured around women. There are four chapters, each commencing with a poem about a woman:

The first, Ofenísia, does not really appear as an active character in the book (though we are told that her “importance must not be judged by the brevity of her appearance”). The other three though manage to achieve what they want…and in doing so they epitomise the conflict between the “old ways” and the “new”, between maintaining the “status quo” (with its attendant double standard) and accepting change.

The book is peopled with a wonderful array of characters. I found it hard at the start to keep track of all the characters – particularly the many Colonels – but eventually I did, and realised that they fall into two main camps: those tied to the “old ways” and those supporting change. Colonel Ramiro Bastos is the leader of the former, and new arrival Mundinho Falcâo is a proponent of new ways of doing things, such as through negotiation. This conflict is represented literally and symbolically by the sandbar. It prevents the town being used as a port for the new cacao industry and Falcâo promises to dredge it. The scene is set for a big showdown as the various citizens of the town align themselves with one side or another, but the resolution is not as simple and dramatic as we expect. And this is partly what makes this a novel well worth reading. Change is presented as generally good, but it is not “simply” or even always so. Amado conveys this subtly. The characters are complex and through their very realistic interactions and sometimes contradictory behaviours we see that old versus new is not a simple dichotomy. Gabriela, for example, cannot be changed to fit Nacib’s image of a wealthy man’s wife: she is a free spirit who doesn’t quite represent the old or the new. She just is. And symbolically, the sandbar will not stay dredged and will need regular clearing. It is not a simple answer to continued progress for Ilhéus. Nonethess, by the end, some level of civilisation is achieved. At the trial of the husband who’d murdered his adulterous wife and her lover at the beginning of the book, the lawyer Dr Ezequiel Prado is reported as saying:

Ilhéus was no longer a land of bandits, a paradise of assassins; his theme was civilization and progress.

It is interesting to think that this book was published around the same time as Patrick White’s Tree of man (1955) and Voss (1957). Amado and White are both described as modernists, but how different they are. White is psychologically intense, while Amado here is full of humour, colour and movement, reflecting the messiness of society. Modernism, though, is a forgiving church as Lisa (ANZLitLovers) shows in her post on the subject.

There is so much to write about this book. Its humour and satire, the complex characterisation, the clever way the double murder introduced at the beginning is woven as a motif through the book, and the breadth of its subject-matter are just a few of the the topics that could be explored in depth.

I’ll leave those for others though and come back to a favourite aspect for me which is its thorough analysis of the way the desire for progress clashes with the status quo. I’ll end with statements made by two of the town’s old guard. First, the Colonel who sees that change is coming:

That’s right Colonel. Everything you’ve said is right as far as it goes. But it’s right by the conditions and needs of an earlier time. We spend our lives working hard, and we don’t realise that time is going by and that things are changing…

Then, the Colonel who doesn’t see it:

What does Ilhéus want beyond what we’re giving it? What more is there to do? To tell the truth I don’t see these new needs.

It was ever thus eh?