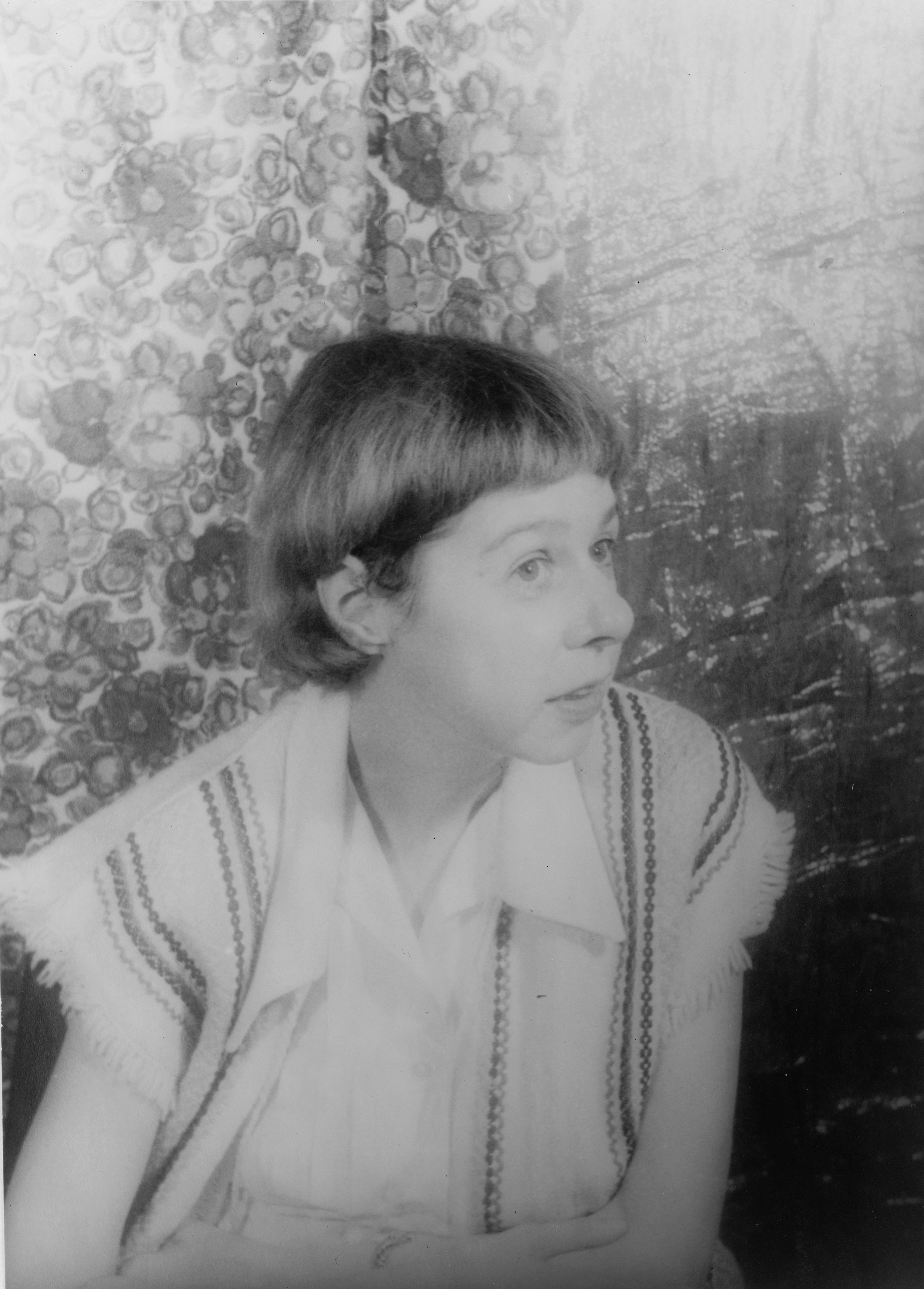 Regular readers of my Library of America (LOA) Story of the Week posts will probably guess why I’ve chosen to write about this story: it’s by an appealing American writer and it’s about food. However, it’s quite different from the other food stories. Firstly, while it’s called “the great eaters” it’s more of a little memoir essay albeit structured around food, and secondly, it was published posthumously in 2005. McCullers was born in 1917 (on Feb 19 in fact, so this month in the centenary of her birth) and died in 1967. “The great eaters of Georgia” was written, LOA’s notes say, in 1954 but was not published, because …

It’s a complex situation, which the Wikipedia article section on her personal life fills in, but the significant thing for us is that she had returned (fled) to the US from Paris in 1953, because her husband had tried to encourage her to commit suicide with him. Soon after her return, he succeeded in taking his life. Now, this is relevant because LOA tells us that McCullers had been offered money by Holiday magazine for a piece on Georgia, but, according to McCullers’ biographer Josyane Savigneau, the magazine rejected the article because they were “looking for a lighter, more descriptive, less personal piece.”

I guess that’s fair enough for a holiday-oriented magazine, but for readers more interested in McCullers than in Georgia – sorry, Georgia – it’s great that the piece didn’t disappear. Like many people, I’ve read and/or seen The heart is a lonely hunter and The member of the wedding – but in my case so long ago that my main memory is not of the plots but of melancholy and loneliness, the sorts of emotions that appealed to my teenage self!

But now, “The great eaters of Georgia”. It’s an intriguing piece that doesn’t perhaps quite cohere – certainly as a piece for a holiday magazine. For example, she mentions visiting various people. First is the controversial writer Lillian Smith, who openly confronted such issues as race and gender equality. McCullers writes:

Lill, like other Southerners, feels passionately about the problems of the Negro. Most Georgians do not agree with her, and often when her name is mentioned there is that strange area of silence.

This may not have been what Holiday was looking for, particularly when she adds that during her visit they “discussed Georgia politics”. Then she visits psychiatrist Dr Hervey Cleckley. She doesn’t share her discussions with him about her husband’s suicide – this I learnt from LOA – but they did talk

of the improvement in the understanding of racial problems and the migration from the rural cotton areas to the cities and towns.

Again perhaps not Holiday content? She says they also talked about Dr Crawford Long, a Georgian who was the first to use ether in an operation. You may wonder why this came up, but it resulted from their discussion of “ether parties”:

These odd-sounding affairs must have been like marijuana parties to the modern teenager but there was no social stigma attached, and my grandmother told me that, as a young lady, she often held ether parties for her young friends after they had ridden home from church and gathered for Sunday dinner.

Fascinating eh? Dr Long apparently noticed the numbing effect of ether (!) and thought it might work in surgery! I found this interesting because I have reviewed Sawako Ariyoshi’s The doctor’s wife, which fictionalises the story of Hanaoka Seishū who is believed to have been the first to use general anaesthesia in surgery – in 1804. Long carried out his first surgery in 1842.

Anyhow, I guess McCullers included this story of Long as an example of Georgian ingenuity? Again it may not have been what Holiday was looking for.

She was probably on firmer ground in her description of eating practices and food, because yes, she does talk about those too as the title suggests! I enjoyed little tidbits such as that in her mother’s day:

a child wore an asafetida bag around his neck to ward off colds and contagious diseases. Asafetida is the foulest-smelling substance. I suppose it makes good medical sense because one was not apt to go very near a person wearing an asafetida bag.

Hmmm, that’s not a food story though asafetida is used in cooking – and, anyhow, it’s adds a touch of humour.

She also talks about what great eaters (hence the title) Georgians are – at every meal:

Georgians eat big meals three times a day. I have never gotten over this orange-juice-and-coffee breakfast they have up North. A respectable Georgia breakfast means fish roe and grits or at least eggs or maybe country sausage.

She remembers chewing sugarcane as a child, and the historic cultivation of chinaberry trees “to counteract miasma”. She mentions the razing of the home she was born in, and sneaks in a comment about the reduction in (though not removal of) poverty in her home-town, before returning to the subject of breakfasts. She talks of the Yankee vulgarity of referring to children as “kids”. And she tells us that fried chicken is probably Georgia’s best-known dish, closely followed by “field peas”. She surprised me by mentioning a dish I have in my recipe folders from my early recipe-gathering days, Country Captain. It’s a sort of curried chicken dish, and I didn’t realise it came from the American south.

She also tells us that “any discussion of Georgian food is incomplete without the mention of watermelon” and provides a loving description of the “special operation and procedure” it demands. Fruitcake, tupelo honey, and the smells of Savannah are also shared with us, before she comes to a little anecdote about a “town character”, a bachelor who prefers to eat alone. This is very “un-Georgian”, and she concludes her piece by saying that

Although we have our share of eccentrics, I know very few Georgians who do not love fellowship, good hunting, food, and laughter—who do not enjoy life.

All in all, it’s a fascinating article – for what it tells us about Georgian life and food but more, for the little insights we glean of her interests and her emotional state. A good read for anyone interested in McCullers.

Pam (Travellin’ Penguin) has also written a response to this story.

Note: My other LOA food stories are by John Duncan (“A Virginia barbecue“), Ana Menéndez (“Celebrations of Thanksgiving: Cuban offerings“), George G. Foster (“The eating-houses“) and George Augustus Sala (“The tyranny of pie“).

14 thoughts on “Carson McCullers, The great eaters of Georgia (Review)”