Just as some contemporary publishers, like Text, have decided to publish Australian Classics, so did publishers in the past attempt such projects. One such publisher was Lansdowne Press which, according to N.B. in the Canberra Times in 1963, began “a series of reprints from Australiana” which they called Heritage Books.

N.B. discusses two books in the series, Anthony Trollope’s Harry Heathcote of Gangoil* and Mrs. Charles Clacy’s A lady’s visit to the gold diggings of Australia in 1852-53*. Unfortunately, it doesn’t seem that Lansdowne used “Heritage Books” in their imprint because I can’t find this series in library catalogues. I therefore have no idea what other books were published in the series, or how long it lasted. I did find other Lansdowne books that might have been in the series, such as The felonry of New South Wales: being a faithful picture of the real romance of life in Botany Bay: with anecdotes of Botany Bay society and a plan of Sydney by James Mudie (first pub. 1837), and Reflections on the colony of New South Wales by George Caley (first pub. 1829).

The Canberra Times article is headlined “Contemporary accounts of the good old days”, and you can see from the titles that “accounts” is the operative word. They are not all novels. In fact, of the four I’ve listed, only Trollope’s is a novel. 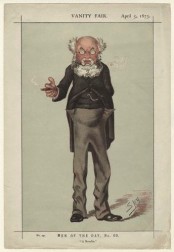 N.B. starts by discussing Trollope who visited Australia in 1871 and stayed with his son who apparently ran a sheep-station in the Queensland outback. Trollope ended up writing a travel book, Australia and New Zealand (1873), and two novels, Harry Heathcote of Gangoil (1874) and John Caldigate (1879). NB clearly knows Trollope well. I laughed at his/her statement that Trollope, “even at his best, which is very good indeed, tends to be careless and to use three words where one would do.”

So to Harry Heathcote. It has, s/he, says a slight plot about rivalry between free selectors and sheep farmers in Queensland. N.B.’s assessment is that Trollope’s portrayal is authentic and that the book

is still well-worth reading for its entertainment value for anyone who can dispense with the slicker techniques and concise prose of modern popular novelists.

And then, having a bet both ways, s/he also says, it

is short and dramatic, virtues which will commend it to modern readers who shrink from the traditional Victorian three-decker.

It’s for assessments like these that I so enjoy delving into old newspapers. They provide such insight into the thinking of another time (if 50 years ago is another time!). Anyhow, N.B. continues that Trollope, not a sentimentalist, presents in Heathcote “a real person with faults of personality as well as the representative virtues of an English gentleman …”.

In case you are interested, here* are paragraphs 2-4 from Chapter 1:

“I’m about whole melted,” he said, as he kissed her. “In the name of charity give me a nobbler.** I did get a bit of damper and a pannikin of tea up at the German’s hut; but I never was so hot or so thirsty in my life. We’re going to have it in earnest this time. Old Bates says that when the gum leaves crackle, as they do now, before Christmas, there won’t be a blade of grass by the end of February.”

“I hate Old Bates,” said the wife. “He always prophesies evil, and complains about his rations.”

Trollope clearly cottoned on to Australia’s hot summers and the serious risks of bushfire. If this is a good example, N.B. is right about its authenticity.

However, it seems that Lansdowne’s real service in N.B.’s eyes, was republishing A lady’s visit. Once again the issue of length is raised, this time by Patricia Thompson in her introduction to Clacy’s book. She says it’s not “too long, too dull, too pompous for the taste of the 20th century” like many early books of Australia. Thompson describes Clacy’s book as both interesting historically and a good read.

Clacy came to the Australian goldfields, “those auriferous regions” as she calls them, with her brother. N.B. says that Clacy’s book

should not be missed by anyone who appreciates a racy record which catches the flavour of what it was like to be there in Australia’s most rumbustious era.

Again, to give us a taste, here* is the second paragraph of Chapter 3, which describes their arrival in Australia:

The first sounds that greet our ears are the noisy tones of some watermen, who are loitering on the building of wooden logs and boards, which we, as do the good people of Victoria, dignify with the undeserved title of PIER. There they stand in their waterproof caps and skins–tolerably idle and exceedingly independent–with one eye on the look out for a fare, and the other cast longingly towards the open doors of Liardet’s public-house, which is built a few yards from the landing-place, and alongside the main road to Melbourne.

You can see what N.B. means, can’t you, about her style?

But what of Lansdowne now?

a leading independent book publisher and packager. We produce high-quality books and book-related products for publishers, retailers and distributors around the world.

We specialize in the subject areas of cooking, new age, interior design, gardening, health, history and spirituality for the international market.

Hmmm … a “packager”? They say they won the American Independent Publisher’s Award in 2000. An American independent publisher’s award? Intriguing. However, I can’t see any evidence of activity since 2006.

* Both books can be read at Project Gutenburg Australia: Harry Heathcote and A lady’s visit to the gold diggings of Australia in 1852-53.
** Nobbler is a small shot glass of hard liquor.