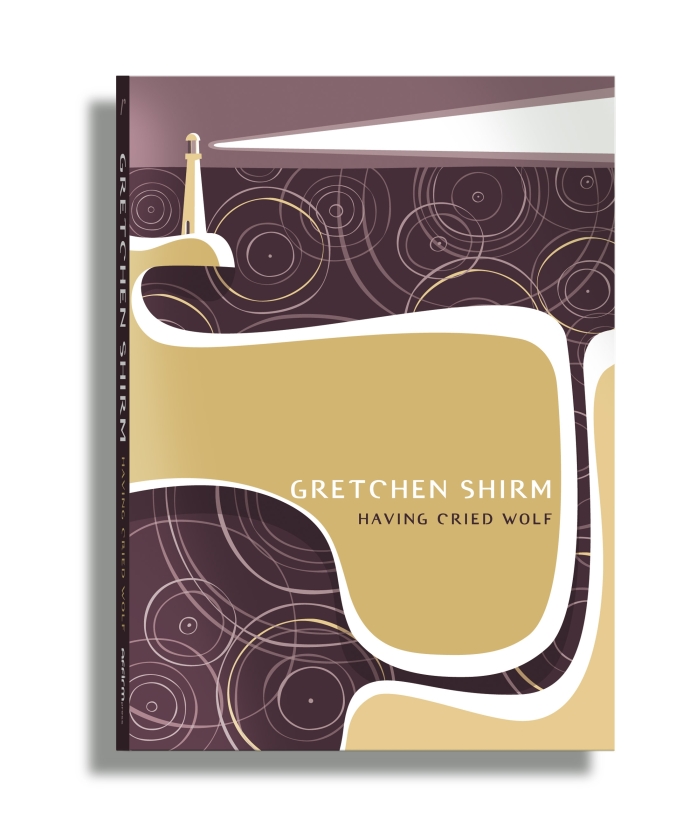 I have come to the conclusion that short stories are the best holiday reading for me. After a day’s sightseeing followed by reading up on sights for the next day, I usually find I have little time left for my reading. Novels are hard to read under such circumstances, but short stories? Well, they are just the thing. And so, on our recent trip to Hong Kong, I took Gretchen Shirm’s first collection of short stories, Having cried wolf.

Gretchen Shirm is a new Australian writer who was awarded the D.J. O’Hearn Memorial Fellowship for Emergent Writers in 2009. The blurb on the back of the collection likens her to Olga Masters, Helen Garner and Beverley Farmer, and I can see that, but as I was reading the stories I kept thinking of Tim Winton‘s The turning. The obvious reason is because, like The turning, Having cried wolf comprises short stories that are connected by character and place. The fifteen short stories are set in (or deal in some way with) the fictional New South Wales coastal town of Kinsale, and several characters reappear throughout, sometimes in their own stories and sometimes in others. It is rather fun, actually, identifying these and picking up the thread of a story as you progress through the book. Despite this, though, the stories do, I think, also stand well alone.

While Shirm doesn’t focus quite so much as Winton does on the description of place, beyond, that is, conveying the sense of small-town life, her themes are similar: the challenges of small-town living and, particularly, of maintaining meaningful relationships. These themes, however – particularly regarding maintaining relationships – are also those of the aforesaid Masters, Garner and Farmer.

And so to the stories. I must say I enjoyed them – though they are not a particularly cheery bunch. Shirm’s writing is tight and sure, with none of the over-writing often found in first-timers. She writes in first and third person, in female and the occasional male, voices. The characters range from early teens to middle-aged and she captures them all well. Her subject matter includes coming-of-age, marriage and separation, sexuality, suicide and some uncomfortable morality. While many of the stories are interlinked, they are not organised in a totally chronological manner. For example, we learn in the first story, “Breakfast friends”, that Alice is separated from her husband, but in a couple of stories later, “The shallows”, we meet her with the boyfriend who later becomes her husband. This nicely replicates I think the random way we often find out about people in real life.

I’m not going to do a blow-by-blow discussion of the stories but just mention a couple to exemplify some features of her writing. “Small indulgences” for example is a first person story by a rather down-trodden wife. It perfectly encapsulates a woman who has almost, but not quite (as she refuses to colour her hair), subsumed herself to her husband’s needs – and it ends on a delicious if rather sad ironic note. Several of the stories end effectively on metaphors that are subtle but gorgeously appropriate. “Duplicity”, which is about the son of the woman in “Small indulgences”, ends with “There were still no lights on in the house, but by then Daniel was used to the darkness”. And “Breakfast friends” ends with:

The cicada shell is empty now, but inside it was once soft, malleable and not yet formed.

The meaning of that is clear when we read it, but gains added poignancy as we learn more about its characters in later stories. There are many other lovely expressions throughout the stories, such as

… she wants to pour the memory into a mould and leave it there to set.

Shirm uses foreshadowing in many of the stories to convey suspense and move the plot along, but she’s not heavy-handed about it. It does mean though that the stories are similar in tone. In other words, this is not a collection of great tonal range but I don’t think that matters, because there’s enough variety and interest elsewhere. There are however a few grammatical oddities that jarred. In a first person voice they can I suppose be forgiven, but there were a couple in third person stories that did bother me. “Peter’s friends swum in the pool” just isn’t right. Is it okay if the voice is third person subjective and that’s how the character might speak? I’m not sure. I’m being pedantic though because overall this is fine confident writing with lovely insights into human behaviour. It does not read like a first collection – and I hope we see more of Gretchen Shirm.