It has been so busy here at Monday Musings that I am late with this announcement … but that doesn’t mean it’s not worth making! On December 6th, 2011, the idea of an Australian Children’s Laureate was inaugurated with the appointment of not one, but two, children’s authors to the role. They are

and they will be our laureates for two years, 2012-2013. I understand that the idea of a Children’s Laureate was instigated in the United Kingdom in 1999. In 2008, the Library of Congress inaugurated a similar role, but called theirs National Ambassador for Young People’s Literature. What’s in a name, eh? The main point is that these initiatives promote reading among children. The Australian program is organised by the Australian Children’s Literature Alliance and on their Laureate website they describe the laureate’s role as follows:

So, a little about Australia’s inaugural laureates …

I became aware of writer-illustrator Lester through my own children when, like most parents who are readers, I sought out good books to read aloud to them. Lester is an author/illustrator best known for her picture books, though she has also written a couple of young adult novels. My favourites were two of her picture books, Imagine (1988) and Rosie sips spiders (1989), and the “chapter” book (as new readers like to call them) Thingnapped, written by Robin Klein and illustrated by Lester. She has a lovely sense of fun while also conveying important values to children (such as respecting difference, a critical value at a time when rejecting other seems to be on the rise again.)

I did not know of Boori Monty Pryor – writer, artist, performer, storyteller – when my children were growing up. In fact, I only heard of him a couple of years ago when a friend lent me his memoir Maybe tomorrow which I reviewed in the early days of this blog. I came across him again last year when he was on the Prime Minister’s Literary Awards panel I attended. He impressed me – in both “meetings” – with his strength, his humour, and his ability and willingness to overcome his anger at the way his people have been treated. He’s an indigenous Australian, and he’s committed to forging good relationships among all Australians while at the same time shoring up traditional culture and values among indigenous people. No easy task, but his appointment to the laureate role is testament to his achievements.

To conclude, I must note that our inaugural laureates are a woman and an indigenous Australian. I’m sure there are many worthy white male contenders out there, but I believe that Lester and Pryor were not token appointments. They are worthy recipients who have proven track records in the quality and significance of their contributions to encouraging reading, story-telling and self-expression among Australian children. 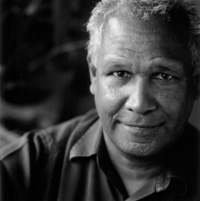 I wonder why I didn’t read this book when it was published about 10 years ago? In the 1960s, when I was in my teens, I read poems like Kath Walker’s (later Oodgeroo Noonuccal) We are going; in the 1970s when I was at university it was more academic works such as the white anthropologist CD Rowley’s The destruction of Aboriginal society; and in the 1980s it was Sally Morgan’s My place. Later, in the 2000s it was Leah Purcell’s Black chicks talking. These and other books have both moved and educated me with their portrayals of the richness of indigenous culture in Australia and of the dispossession of its people. And yet, in the 1990s, I missed this treasure (written in collaboration with Meme McDonald).

It is a treasure because, although Boori Pryor and his family have experienced huge tragedy and significant intimidation, he is able to preach reconciliation and mutual respect. Classed as a biography and often promoted as a book for young adults – indeed it was shortlisted in the Children’s Book Council of Australia awards – the book has a much wider ambit. While we learn a lot about Boori’s life, that is not his purpose in writing the book. His purpose is to encourage white society to understand – really understand – where Aboriginal people are coming from, and particularly the far-reaching implications for them of Invasion Day, and to encourage Aboriginal people to trust in their roots and to recognise the importance of their stories, their cultural tradition, to their individual survival as well as to the survival of their people.

Much of the book deals with his work in schools where he aims to encourage students to develop an understanding of and respect for Aboriginal people and for the land. He believes that all people need to have and know their “place”: the first chapter is subtitled “To be happy about yourself you have to be happy about the place you live in”. He talks about the thoughtless and insulting things young people say to him and how he handles it. He says

You have to be the water that puts out the fire. If you fight fire with fire, everything burns.

He seems to be able to “maintain the rage” regarding what has been done to his people while at the same time working wisely and calmly to make things better.

Boori says in the book that storytelling is part of who his people are. After reading this book – with its mix of anecdote, metaphor, analogy and humour – I, for one, would not argue with him.