It’s pretty much a given that a Griffyn Ensemble concert will be both entertaining and challenging – and their latest concert, Cloudy With a Chance of Rain, was no exception. But this concert had an added fillip: it was unashamedly political in addressing the thorny (for some) issue of climate change. Good on the Griffyns I thought.

Before I continue though, I’ll list the current line-up:

That’s six, where there was once seven. I wonder what has happened to Carly Brown, their French Horn player? Anyhow, for this concert there was a seventh – geomorphologist and ex-weather presenter, Rob Gell.

So to the concert, which was described in the program as including works “spanning geography and genre contextualised through the four seasons, from the ancient ice ages to the distant future.” It commenced with Rob Gell introducing the climate theme by talking about the ice age and leading us nicely into the first part of the concert, labeled Winter, because the concert was organised by the four seasons. It was, in fact, the four seasons without the Four Seasons! Now that’s original programming, though poor old Vivaldi probably turned in his grave!

The music itself was highly varied, as we expect from the Griffyns. The concert started with a moody, contemporary piece, “White Scenery”, by Latvian composer, Pēteris Vasks. Originally a piano piece, it had been arranged by the Griffyns for harp, mandolin, flute and vibraphone. The other wintry pieces were Debussy’s “Snow is Dancing” played on harp, and Schubert’s song “The Linden Tree”. We then moved through the seasons, hearing a mix of traditional classic, contemporary, jazz and popular music. I can’t possibly list all the pieces now (which, in addition to Europe, came from places as varied as Japan, Uruguay and the southern US) … so will move onto … 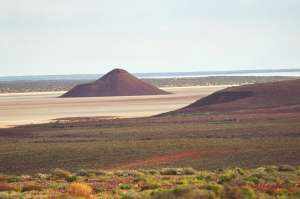 What I, a reader who enjoys music, particularly love about the Griffyns: there’s always a literary element to their concerts and they always credit writers in their simple but useful programs. In this concert there were songs set to works by Wilhelm Müller (“The Linden Tree”), Ruth Valadares Corrêa, Rainer Maria Rilke and Herman Hesse among others, as well as an original work inspired by Patrick White. This work, “Mirage”, was composed by the group’s director, Michael Sollis, for piccolo and glockenspiel. It was inspired, the notes say, by “Patrick White’s image of the harsh Australian desert landscape – full of emptiness, desolation, relentless heat, and an unnerving sense of ritual”. Now, if I was intrigued and impressed by how the comparatively high registers of the flute could convey the depths of winter in Vasks’ “White scenery”, I thoroughly enjoyed the piccolo’s representation of a mirage for this summer piece. The piece played out a little like a cat-and-mouse game between the two instruments, with, surprisingly for the subject matter, an element of humour. Kiri Sollis and Wyana O’Keeffe did a lovely job with what was a musically and intellectually challenging but evocative piece. It was in the Summer narration that Gell made his strongest points about climate change, sharing some now well-known but still scary data about increasing temperatures, increasing rain, and the havoc these will cause.

I would love to list all my favourite pieces from the concert, but that would be most of them. While Vivaldi, thankfully really, wasn’t there, another obvious selection was – “Summertime”. I also loved Susan Ellis’ rendition of another favourite of mine, “Autumn Leaves”. The notes describe it as a 1945 French song made famous by Edith Piaf, but I know it best in a version by the lovely Eva Cassidy.

It was a good concert. It may have had a rough spot here and there, but it had life, and it teased our minds and moved our hearts. I’ll close with some words from Wilhelm Müller’s “The Linden Tree”:

“Joy and sorrow” in a “shady spot”. That just about says it all.

9 thoughts on “The Griffyn Ensemble’s paean to the weather”