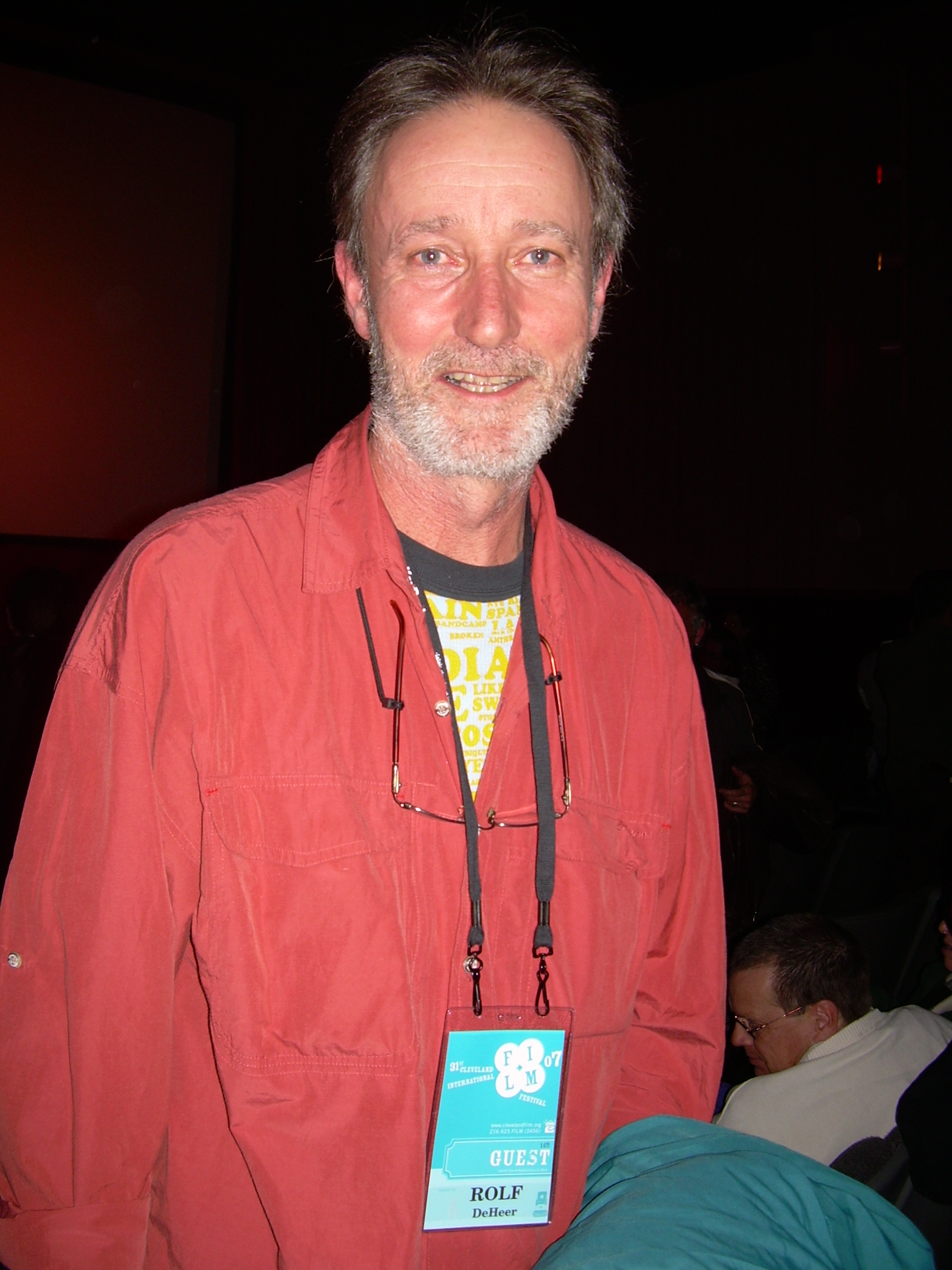 Dutch-born de Heer came to Australia when he was eight years old. He is a significant fixture on the Australian movie scene, with his screen-writing credits including Bad boy Bubby, Dance me to my song (co-written with others including 2017 Stella Prize longlister, Heather Rose), The tracker, Ten canoes, Charlie’s country. Four of these films have been nominated for and/or won national and international awards, and the other, Dance me to my song, about a woman with cerebral palsy, was a critical success.

The tracker, which deals with that complex situation in which indigenous people were used by police to track indigenous people, won an AWGIE award for Best Original Screenplay. It also introduced de Heer to indigenous actor David Gulpilil with whom he went on to make two feature films about indigenous life in Arnhem Land, Ten canoes and Charlie’s country. Ten canoes was the first movie to be filmed entirely in Australian Aboriginal languages. De Heer, as you have probably gathered, doesn’t shy from difficult or challenging subjects.

A longstanding, and versatile, player in Australia’s film and television industry, Knight is probably best known for the several highly popular (and well-regarded) TV series which he has created and/or written, such as the comedy-sketch shows, Fast-Forward and Full Frontal, and the dramas, SeaChange (the three series of which Daughter Gums and I have watched several times) and Rake (starring the inimitable Richard Roxburgh).

Knight has adapted several crime novels by Peter Temple for television, including the telemovie of The broken shore (which I read and enjoyed just before blogging). His films include Siam sunset and the more recent films, The water diviner and Hacksaw Ridge. He is clearly an example of someone who has made a living out of screenwriting. Two years ago he received the Longford Lyell Award for Outstanding Lifetime Achievement, at our movie awards, the AACTAs.

Born to an indigenous Australian mother and a Croatian father, Sen belongs to that group of filmmakers who writes and directs his own films. He has made five feature films – most of which have been nominated and or won various film awards – starting with Beneath clouds which won the First Movie Award at the Berlin International Film Festival. Made in 2002, it explores some of the challenges facing young indigenous people, through the story of two young people who hit the road, seeking, well, themselves, really. It’s a beautiful, albeit often confronting, film.

The challenge of indigenous identity, features in many of his films, including in his most recent one, the 2016 Goldstone. It’s a crime thriller set in outback Australia, and features an indigenous detective. It deals with contemporary issues including industrial fraud, political corruption, indigenous land-rights, abuse of women immigrants. It was screened at last year’s Toronto International Film Festival, competing in the Platform section for “artistically stimulating and thought-provoking” films. One of the things I love about Sen’s films is his use of landscape to underpin his themes – and Goldstone is a perfect example.

I could choose more writers, but I’m going to give you all an easy post this week and keep it short. There will be other opportunities to share more writers because, while Aussies always worry about the viability of our film industry, we do seem to have a great pool of exciting writers able to tell meaningful and powerful stories.

How much notice do you take of screenwriters when you watch films? Do you have any favourites?

* Note: I haven’t seen every film I’ve mentioned here, but I’ve seen most of them.