How often do you read a book that connects in some ways with something you’ve recently read or thought about? Kate Jennings’ award-winning Moral hazard, my latest read, links pretty directly to our discussion about autobiographical fiction in my Monday Musings post on Robert Dessaix two weeks ago. Dessaix, you may remember, criticised Garner’s The spare room (and other works) arguing she was just writing her life, but defended his own autobiographical fiction because he changed things around. Garner, though, argues that in her novels she shapes and orders, plays with time, examines motives etc. What is all this about? Why does it matter? The reverse – calling something non-fiction that is in fact fiction – does matter, I think. You all know the cases, I’m sure. But, if a writer draws from his or her life and calls it fiction, does it matter? Really, does it matter? Well, in this case it does matter, because, while Jennings is another of those writers who draws closely from her life, there are parts of the story that could be very tricky, legally, if they were, in fact, “fact”.

I’ve reviewed two of her works here before – Snake, her first work of autobiographical fiction, and Trouble: The evolution of a radical, which she describes as her “fragmented autobiography”. Jennings, like Helen Garner, is a fearless writer, and I love her for it, so when Text Classics published Moral hazard, her second novel, I was ready and waiting.

Moral hazard is about a woman whose husband is diagnosed with Alzheimer’s and who, to obtain the money needed for his care in health-care expensive USA, gets a job as speechwriter for a mid-level investment bank on Wall Street. The wife’s name is Cath (not Kate) and the husband’s name is Bailey (not Bob Cato, the name of Jennings’ husband). Kate Jennings, though, did work as a speechwriter on Wall Street. Fictional Bailey and real Bob are both artists/designers, and both men were diagnosed with Alzheimer’s, but Bailey’s end has a particular drama to suit Jennings’ purpose.

From its very start, in fact, it’s clear that Moral hazard has been carefully written and structured, despite its closeness to Jennings’ life. Take the title, for example, and its pointed word play. Economically, “moral hazard occurs when one person [or organisation] takes more risks because someone else bears the cost of those risks”. Jennings, in the Wall Street component of her novel, explores this very condition with great – should I say scary – clarity. It is particularly interesting to read her description and analysis of escalating greed, because it is set nearly a decade pre-GFC. It’s all there, though, and the cracks were showing even then. For Cath the moral dilemmas are real. Not only does she need to rationalise her personal moral values as a lefty feminist against her financial district job, but she has to be the carer (also decision maker) for her increasingly ill husband. This is complicated care that encompasses not only economic and physical demands, but also emotional, mental and philosophical. And this care also has, not surprisingly, a moral dimension.

The novel (a novella, really) is told in short chapters that alternate, though not rigidly so, between Cath’s life with Bailey and her work life. It is told first person, and Cath tells us, on the first page:

I will tell my story straight as I can, as straight as anyone’s crooked recollections allow. I will tell it in my own voice, although treating myself as another, observed, appeals.

In other words, it’s from life, but there is artifice. The novel opens with this brief introductory chapter, which is followed by a chapter describing her first meeting Mike. He also works at Niedecker Benecke investment bank, and also, like her, is a square peg in a round hole, though he’s been doing it for longer! He becomes somewhat of a teacher to her, as well as a sounding board, and a welcome like-mind.

From this set up, we flash back to Cath, her husband Bailey and his diagnosis, and we don’t return to the bank until Chapter 6. The story continues chronologically following Cath. We watch her work out how to work within the company, and we feel her pain as she tries to manage Bailey as he becomes less and less stable and predictable. Cath chronicles the hedge-fund crisis – the increasing greed, the living on (the belief in) “zero capital and infinite leverage” – in parallel with Bailey’s decline. A true coincidence, perhaps, but a writing choice too.

I loved Jennings’ writing. It’s clear and direct, but has a poetic sensibility. She describes the bank as:

a firm whose ethic was borrowed in equal parts from the Marines, the CIA and Las Vegas. A firm where women were about as welcome as fleas in a sleeping bag.

I looked at them and didn’t see architecture. I saw infestations of middle managers, tortuous chains of command, stupor-inducing meetings, ever-widening gyres of e-mail. I saw people scratching up dust like chickens and calling it work. I saw the devil whooping it up.

She sees the New York Fed, after bailing out hedge-funds, behaving “as if afflicted with Alzheimers” sticking with deregulation, letting the industry police itself, despite evidence to the contrary.

Meanwhile, Bailey’s decline is inexorable, he moves from home to an institution. He has a “living will” but it is ignored, so, she writes:

Scar on my soul be damned. He’d asked me to take care of it when the time came. Now I would. Mrs Death.

But far be it from me to spoil Cath’s story – except to say that as well as tackling Wall Street, Jennings also quietly buys into the euthanasia debate.

The good thing about Text Classics, besides their existence and excellent price, is that each classic is accompanied by a commissioned introduction. For Moral hazard it is by sport and business journalist Gideon Haigh. He concludes his introduction, which focuses on the financial aspect of the novel, with the statement that “Modern working life is replete with unpalatable compromises and perverse incentives”. Cath would probably say that this is true of life too. Moral hazard is a rare book in the way it looks not just at our contemporary globalised financial world, but more widely at work, our relationship to it, and the moral choices we make in work and in life. Drawn from life, yes, but a very worthy winner of the 2003 Christina Stead Award for Fiction! 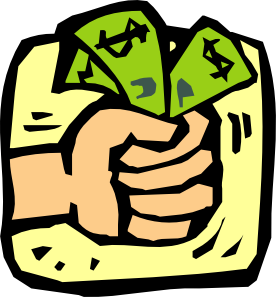 And now for something a little different from novelist David Mitchell, a short story titled “Earth calling Taylor”. You can read it online at FT.com. FT.com is the online version of the Financial Times, so it’s not surprising that Ryan Taylor, the protagonist of the story, works in the finance industry. The story starts with Ryan waiting to hear whether he has received the promotion to portfolio manager that he’s expecting.

The scene then shifts to a hospital, where Ryan joins his mother and step-siblings to visit his father who is recovering from a fall. It seems to be a happy and supportive family – they are sitting around the bed, squabbling with the father, who is clearly “on the mend”, over a game of Scrabble. His brother, Jason, is (“only”, says Ryan) a speech therapist and his sister is a successful lawyer in human rights areas, while Ryan, as we know, works at the more self-centred, self-serving end of the occupation spectrum.

And, he’s edgy, so he leaves them, on a flimsy excuse, to go check for messages on his Blackberry. He’s not a very appealing character – he blatantly and unrepentantly fantasises about a nurse in the lift, he wishes for a little cocaine to settle himself down while swigging some hard liquor from his hip flask, he jumps to the wrong (read, negative) conclusions about people, he throws a tantrum when the expected message doesn’t arrive, and so on.

Running through the main narrative are intonations by his boss Calvin Hathaway on such subjects as “wanting” (in an uber-capitalist meaning of the word) and a little third person, somewhat mock-heroic, tale in which Ryan stars as himself:

Rather puerile, eh? When he reads his Blackberry messages and, with only one to go, still hasn’t received the hoped-for message, he thinks “suddenly I’m down to my last life”. An appropriate pop culture allusion that mocks his intensity.

Fortunately, our Ryan is not all bad. Set against his comparatively minor concerns are some characters with real miseries in their lives, providing a nice contrast with his petulance over the “will-I-won’t-I” promotion problem. And, he shows that he can in fact evince some empathy for others, such as for an old, sick woman in hospital. “I’ll be her, one day” he thinks, and responds kindly to her. However, when she calls him “a very kind young man”, he thinks that that’s not an “accusation” he hears at his workplace.

The resolution, though formally open-ended, is somewhat predictable and yet, due to the various undercurrents Mitchell has injected into the story, you want to keep thinking after you’ve finished reading. By rounding out Ryan just a little, Mitchell encourages us to feel some sympathy for him at the end, even though we think that his values are rather skewed.

The irony is that the story takes place on New Year’s Eve – but, we wonder, will Ryan make the most of his new start (whatever that turns out to be)?